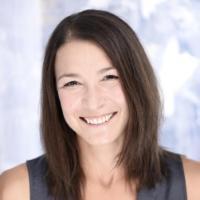 Compounds from animal venoms are invaluable research tools, important drug leads and drugs, and have elucidated unknown signaling pathways important in health and disease. Past discoveries in venom biomedical research pale in comparison to future prospects. Our research has been at the forefront of developing and applying novel computational and experimental tools to accelerate the discovery and functional characterization of venom compounds and elucidate their unique modus operandi.

Venom discovery
We use a combination of transcriptomics, proteomics, and novel software tools to discover bioactive peptides from large libraries of >100 venomous marine snails we have collected and sequenced. Our focus is on the identification and structure-function characterization of peptides that share structural and functional similarity to human hormones and signaling peptides. These toxin mimetics of endogenous peptides include venom insulins, neurotensins and RF-amide peptides. We believe that these provide the fastest track from basic research to therapeutic development and application.

Venom insulins
We discovered that Conus geographus, a cone snail species that releases venom into the water to sedate its prey, uses an unusually small and heavily post-translationally modified insulin, Con-Ins G1, for prey capture. When released into the water, this insulin rapidly induces hypoglycemic shock in fish, the prey of C. geographus. Structure-function analysis of this unique insulin has already provided novel insights into insulin receptor activation and uniquely informed on the design of a fast-acting drug lead for type 1 and late-stage type 2 diabetes. Using our large venom datasets, we have since been able to show that venom insulins are widely distributed in cone snail venoms and have identified a panel of additional venom insulins that activate the human insulin receptor in unusual ways.
We are currently exploring the evolution of these venom insulins and utilize structure-function studies to develop new, venom-inspired drug leads for diabetes.

Venom GPCR ligands
Humans express hundreds of G-protein coupled receptors (GPCRs) that are involved in the regulation of key physiological processes. Despite the high therapeutic potential of venom peptides little work has been done to discover and develop new, venom-derived GPCR ligands. We have discovered several venom peptides that specifically activate GPCRs implicated in disease and are currently exploring the therapeutic potential of these peptides while also aiming to discover additional GPCR ligands.

Venom peptide production
At any given time, hundreds of highly modified, structurally complex peptides are biosynthesized in the venom gland of cone snails. We have had a long-standing interest in identifying these enzymes and utilizing evolutionary and functional information of these enzymes to generate optimized venom expression systems.