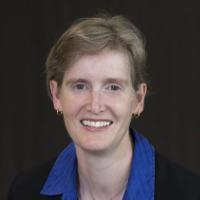 Clare Hawkins joined the Department of Biomedical Sciences in March 2017, after nearly 20 years in Sydney at the Heart Research Institute, where she held the position of Scientific Director and the Inflammation Group Leader. She is a former Australian Research Council Future Fellow, and Principal Research Fellow within Sydney Medical School, University of Sydney, and has held other prestigious Research Fellowships including an R.D. Wright Career Development Fellowship from the National Health and Medical Research Council of Australia and a Career Development Award from the Australian National Heart Foundation. Clare has published 4 book chapters and 114 peer-reviewed journal articles, including 18 invited review articles. She has h-indexes of 42 (ISI Web of Science) and 51 (from Google Scholar), with her work averaging > 50 citations per paper. Her research is focused on understanding the role of oxidative stress and inflammation in driving lesion development in atherosclerosis.

Chronic inflammation is the major driving force of the disease atherosclerosis, which is characterised by the accumulation of lipid in infiltrating macrophages in the artery wall. The disease progresses over decades to form complex fatty lesions that lead to the clinical manifestations of myocardial infarction and stroke. The over-production of various chemical oxidants during inflammation and the resulting oxidative stress play a key role in lesion development. Our research is focused on understanding how oxidants produced during inflammation modify the structure and function of biological molecules and cells associated with the arterial wall, as a means to develop more targeted therapies to prevent lesion formation and slow the progression of atherosclerosis.

We are particularly interested in oxidants produced by an enzyme called myeloperoxidase, which is produced in the arteries by infiltrating immune cells during inflammation. Myeloperoxidase is both a risk factor for coronary artery disease and a prognostic agent for patient outcome following cardiac complications, and is strongly associated with the development of atherosclerosis. The major oxidant produced by myeloperoxidase is a chemical called hypochlorous acid (HOCl, bleach), which kills bacteria and invading pathogens in our immune system. However, this oxidant is also formed in elevated amounts in the arteries during chronic inflammation, and is strongly implicated in causing cellular damage and accelerating disease. Our projects focus on gaining an understanding of the fundamental biochemical pathways responsible for vascular cell dysfunction in atherosclerosis and other inflammatory diseases, using a range of analytical (e.g. EPR spectroscopy, HPLC, LC-MS/MS, Seahorse analyser) and molecular biology (e.g. ELISA, qRT-PCR, SDS-PAGE, flow cytometry) methodologies.

1. Investigating the molecular mechanisms involved in vascular cell damage and death
There is epidemiological, clinical, and experimental evidence that cellular stress and excessive inflammation are causally linked to various pathological conditions including atherosclerosis. One of the hallmarks of atherosclerosis is the infiltration of macrophages within the vascular wall at sites of inflammation, contributing to atherosclerotic lesion formation. Excessive oxidant formation within this environment, generated as part of the inflammatory response to injury, results in oxidative stress, damage and ultimately death to all cells of the vasculature. We are investigating how inflammatory oxidants modulate the cellular redox environment and cause changes in gene expression, to contribute to the development of disease.

2. Cellular mechanisms linking smoking and cardiovascular disease
Atherosclerosis is four times more prevalent in people who smoke, resulting in far more deaths from coronary heart disease in smokers than non-smokers. Although it is well established that smoking independently increases the risk of dying from cardiovascular disease, the mechanisms responsible for this elevated risk are not well understood. Smokers have elevated plasma levels of thiocyanate and hence produce greater amounts of the myeloperoxidase-derived oxidant hypothiocyanous acid (HOSCN). The selectivity and reactivity of this oxidant is markedly different to the chlorinating myeloperoxidase oxidant hypochlorous acid (HOCl). We are examining the role of HOSCN to modulate vascular cell function and investigating novel, targeted, antioxidant therapies to prevent or modulate this process.

3. Extracellular Traps and DNA Damage – key players in atherosclerosis?
Neutrophils (a type of white blood cell) release extracellular traps, termed “NETs”, following a novel mode of cell death called NETosis. These structures trap and kill bacteria, and consist of a mesh of DNA and histones decorated with neutrophil proteins including myeloperoxidase, which produces oxidants. In addition to the well-defined role of NETs in innate immunity, there is growing evidence for a key role of NETs and extracellular traps from other immune cells in disease, particularly those involving inflammation. We are studying the pathways involved in extracellular trap release from immune cells, and how modification of the building blocks of RNA and DNA influences cellular function.