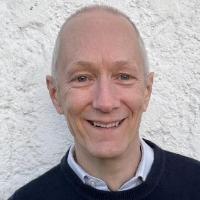 He has held three prestigious fellowships from the Australian Research Council (QE2, Senior and Professorial), was Director of a (~25 million US$ per annum turnover) research institute, and led the Sydney (Australia) node of a highly-successful Australian Research Council Centre of Excellence in Free Radical Chemistry and Biotechnology (2006-2013) before moving to the University of Copenhagen, in 2014, after being awarded a Novo Nordisk Laureate research grant. This grant was subsequently renewed in 2021 for a further 7 year period.