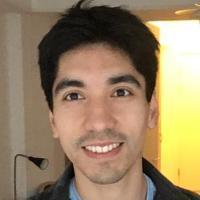 Dr. Eduardo Fuentes-Lemus (ORCID: 0000-0002-1465-8466) joined the Protein Oxidation group, IMOX section at the Department of Biomedical Sciences, in August 2020 after being awarded a highly prestigious Marie Skłodowska-Curie Actions Individual Fellowship under Horizon 2020 program (CASMOX, project number: 890681). Eduardo’s research has focused on understanding the key drivers that modulate the radical-mediated oxidation and photo-oxidation pathways of proteins in biological environments. To accomplish this Eduardo has utilized different experimental model systems where proteins are confined in packed environments such as casein micelles and crowded solutions. Dr. Fuentes-Lemus has published 23 peer-reviewed journal articles, including 3 invited review articles and currently has an h-index of 10 (from Google Scholar), averaging >60 citations per year in the last three years demonstrating the increasing interest that his work is receiving.

Eduardo’s main research interest is to understand the role that crowded environments, formation of hydrophilic microdomains, membraneless compartmentalization and altered viscosities – all of these hallmarks of biological milieus – have on biochemical reactions, particularly on protein oxidation and glycation, and the signaling cascades that these modifications modulate in cells. To address this experiments aiming to determine the time-course of oxidation reactions and the structural changes on proteins are carried out in crowded solutions and compared to the results obtained in diluted solutions. The instrumentation and methodologies employed include electrophoresis, immunoblotting, fluorescence spectroscopy, dynamic light scattering, electron microscopy and mass spectrometry.

Title: “Analysis of the oxidative modifications on casein micelles exposed to different oxidative sources: determining the impact of these modifications at a structural and nutritional level”

What was the problem/issue being addressed in this project?

Milk and dairy products are one of the most consumed drinks and foods worldwide representing a global market of ~6 billion EUR. It is one of the most relevant foods for humans due to its affordability and complete nutritional composition including proteins, lipids, carbohydrates, vitamins and minerals. However, this complex composition favors the formation of oxidants (e.g. free radicals and singlet oxygen) during milk processing and storage. Some of the modifications triggered by the reaction between oxidants with proteins can lead to the loss of essential amino acids for human nutrition, and to the formation of products that can alter protein structure and function. Caseins are the most abundant proteins in bovine milk (80% of the total protein content), and play a key role in stabilizing the lipid-water interface in this food thanks to their amphiphilic nature. However, these same hallmarks make them prone to suffering oxidative damage. Despite of this knowledge, little is known about the pathways contributing to these reactions and the consequences of consuming such modified proteins. This knowledge is key to creating better processing and storage policies in the food industry in order to assess food quality. In this context, this project aimed: To gain an improved understanding of degradation pathways of the most abundant milk proteins (caseins), the micelle structures that these proteins form, and the key drivers of these reactions. To address this, this project investigated the oxidative modifications on casein micelles, and the related consequences to their nutritional and health value, after their reaction with different oxidative sources.

Why is this important for society?

This project is highly relevant for society and for the food industry as the increasing lifespan of individuals living in the western society has resulted in an augmented focus on healthy ageing. This has highlighted the nutritional aspects of foods, particularly in terms of protein levels and quality. Work performed in the context of this project has shown that exposure of casein proteins to oxidative systems such as the ones generated during milk processing and storage, and to high thermal loads, results in the loss of essential amino acids, formation of different oxidation products and protein aggregation through different pathways. This project has revealed the necessity of rigorously exploring the pathways contributing to the modification and aggregation of proteins present in food systems with the aim of finding long-lived biomarkers that help measure the quality of the products. Moreover, this project has utilized novel methodologies of interest to the dairy industry, and has generated knowledge on new long-lived biomarkers that have the potential of being of use to assess and assure the nutritional and health quality of milk and milk-derived products.

What were the overall objectives?

Overview of the results obtained – Main scientific and/or technological achievements

The project EU-MSCA-IF 890681 has shed light on the key factors contributing to the oxidative modification of casein proteins on exposure to oxidative insults that are commonly generated during milk processing and storage. One of the major findings of this work was that concentrated solutions of casein proteins exacerbate radical chain reactions and increase the extent of oxidative damage (DOI: 10.1016/j.foodhyd.2021.107060). Thus, the modification of the intrinsically-disordered casein proteins is shown to be highly dependent on the protein concentration. Crowded environments arising from high casein concentrations (at concentrations found in milk), and the close association between protein chains (due to formation of micelle-like structures), favors radical chain propagation reactions with this enhancing damage. In addition, oxidation of cysteine, tyrosine, methionine and tryptophan residues in κ-casein modulated the formation of amyloid-like fibrils. These data was obtained in the context of the work packages 1: “Oxidative modifications on casein mixtures” and 2: “Oxidative modifications on intact CM and milk samples” of this project.

Additionally, the rates of oxidation, the total extent of modification, and the nature of the products formed are modulated by crowded environments. In a subsequent study (DOI: 10.1016/j.redox.2021.102202), it was determined that this is of particular importance for tryptophan residues (an essential amino acid for human nutrition), but enhanced tyrosine and methionine oxidation was also observed in β-casein – one of the most abundant casein proteins in bovine milk. This work revealed the significance of volume effects on oxidative processes and the importance of developing approaches to minimize tryptophan loss and modification in crowded environments such as food systems including milk and dairy products.

Finally, this project revealed that photo-oxidation of casein proteins as consequence of illumination with visible light in the presence of the photosensitizer riboflavin (i.e. vitamin B2, naturally present in bovine milk) can lead to the oxidation of tyrosine residues triggering the formation of quinone products. These quinone species react efficiently with Cys-containing peptides and proteins (e.g. κ-casein and β-lactoglobulin) mediating the formation of stable covalent cross-links that mediate the formation of high molecular mass aggregates (DOI: 10.1016/j.foodchem.2022.132667). These species have been shown to be long-lived and have the potential of being used by industry as biomarkers to determine the quality of milk proteins after processing to assure quality.

Contribution to the state of the art

The work published in the context of the EU-MSCA-IF 890681 project has demonstrated the relevance of investigating the reaction pathways that can lead to the modification of proteins under experimental conditions that mimic the complex matrices where these are naturally present. Moreover, it has shed light on the pathways contributing to the aggregation and loss of essential amino acids in casein proteins on exposure to oxidative insults of relevance for dairy industry. Finally, the work carried out within this project has validated different methodologies including mass-spectrometry-based approaches to investigate the chemical processes that lead to casein modification and cross-linking.