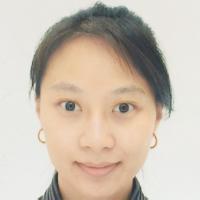 I completed my Bachelor (Hons) in Biotechnology at the School of Biotechnology and Biomolecular Sciences, University of New South Wales (UNSW), Australia then continued on to complete my PhD research degree investigating “Role of Perlecan in Cartilage Regeneration” at the Graduate School of Biomedical Engineering, UNSW before becoming a postdoc at the Heart Research Institute (HRI), University of Sydney, Australia. I have extended my extracellular matrix (ECM) research from cell-derived proteoglycan proteins to other components of the vascular extracellular matrix (ECM) proteins at HRI as well as after relocating to IMOX, BMI, University of Copenhagen in 2014.

My research involves isolating and characterising the extracellular matrix (ECM) proteins of the artery wall and investigating the mechanism of how these ECM proteins are damaged and modified by inflammatory reactive oxidants during chronic inflammatory diseases like atherosclerosis, the dominant cause of heart disease. I am also interested in investigating the effects of these modified ECM proteins have on the surrounding vascular cells, such as endothelial and smooth muscle cells, which can result in endothelial dysfunction, ECM remodelling, intimal hyperplasia due to uncontrollable smooth muscle cell growth and plaque stability.

Cardiovascular disease, particularly atherosclerosis, has major human and financial impacts on the EU, costing ~169 billion Euros annually(1). Atherosclerosis is driven by chronic low grade inflammation and is characterized by the following events:

There is accumulating evidence that damage to extracellular matrix (ECM) materials plays a major role in multiple human pathologies such as atherosclerosis due to the fact that ECM compartments, in contrast to cells, are usually poorly equipped with protective (antioxidant) and repair mechanisms. This results in increased levels of modification and an accumulation of damage arising from the chronic inflammation that characterizes atherosclerosis (2-5). This damage to the ECM can affect the surrounding cells (eg. increased inflammatory stimuli and activation of endothelial and smooth muscle cells) causing the environment to become hypoxic (low oxygen). This hypoxic environment is pro-inflammatory, pro-fibrotic and atherogenic, as it stimulates the release of damaging proteases (MMPs) by inflammatory macrophages also alter ECM molecules.

The ECM is critical to the functional and mechanical properties of arteries, as ECM components interact with, and control growth factor activity to regulate arterial cell activity. The arterial ECM consists of a complex array of structural proteins (collagens), proteoglycans (PGs) (perlecan, aggrecan, versican) and glycoproteins (laminins, fibronectin, elastins). PGs consist of a protein core with covalently-attached glycosaminoglycans (GAGs) including heparan sulphate (HS), chondroitin sulphate (CS) and dermatan sulphate (DS). The components of the arterial ECM differ significantly between the layers, which reflect their functional roles including mechanical support of the artery via protein-protein interactions and cell signalling(6).

Despite increasing appreciation of the role of the ECM in disease but greater research in this area and knowledge from this is still needed and will be critical to the development of novel protective strategies and identification of potential new biomarkers for early detection of atherosclerosis. Hence, the OVERALL HYPOTHESIS of my current research is: that oxidation formation and hypoxia act synergistically to induce changes in the ECM of the artery wall and subsequently results in altered function of endothelial and smooth muscle cells that promote the development of atherosclerosis.

There are still a number of critical questions that remain unanswered which my current research is focused on obtaining insights into the following:

Project 1: Investigate the mechanism and effects of hypoxia have on the generation and expression of ECM components, cytokines and integrins in vitro.

Overview: Inflammation of the vascular wall results in hypoxia (low O2) particularly in developing atherosclerotic lesions as oxygen diffusion is limited due to intimal thickening and/or calcification (17). PhD student Song Huang has obtained preliminary data, which shows that HCAEC cultured under low oxygen (1% O2) markedly upregulate a CSPG, versican, gene expression and protein synthesis, which suggests that O2 levels can modulate ECM production and alter cellular environment. However, data on the ECM materials produced by arterial EC and SMC under hypoxic condition (to mimic atherosclerotic lesion environments) is limited. This knowledge is critical as this will provide us an insight on the mechanism behind early endothelial dysfunction and opportunities where we can identify therapeutic targets to prevent further development of this chronic inflammatory disease.

Overview: This continuing project is characterising the types of modification on ECM components as well as its subsequent biological effects. We have demonstrated in our laboratory that inflammatory oxidants such as HOCl and damages biologically functional sites on ECM proteins including the cell binding and heparin binding sites on fibronectin, loss of human coronary artery endothelial cell (HCAEC) attachment, proliferation, production of matrix metalloproteinases (MMPs) and inflammatory cytokins (11,12), critical integrin binding sites for cellular interaction, collagen and heparin binding sites on laminin (13). Most recently, we showed both chemical HOCl and MPO-derived HOCl modifies the human coronary artery smooth muscle-derived ECM (HCASMC-ECM) in vitro resulting in reduced HCASMC adhesion to matrix components, but facilitated subsequent proliferation and induced an upregulation of multiple genes including interleukin-6 (IL-6), fibronectin (FN1) and MMPs. These data reveal a mechanism through which inflammation-induced ECM-modification may contribute to the behavioral switching of HCASMCs, a key process in plaque formation during the development of atherosclerosis (14). We have also shown that another potent inflammatory, peroxynitrous acid (ONOOH), modified native cell-derived HCAEC-ECM, resulting in loss of HCAEC adhesion, proliferation and extract ECM materials from advanced human lesions showed presence of ONOOH-modified fibronectin (8). We have also demonstrated ONOOH causes structural damage to fibronectin and laminin which subsequently modulates cellular activityand possesses downstream cellular effects (15,16). However, we still need to determine the mechanism of this damage as well as locate the modification using mass spectrometry peptide-mapping and quantification of inflammatory oxidant-modified peptides of ECM proteins. This will provide quantification and identify the exact modifications present on ECM species either on cell-derived ECM treated with inflammatory oxidants or ECM extracted from human atherosclerotic lesions, where we can further investigate the downstream effects of the modified peptide on its biological function using cellular assays.

Project 3: Investigate the mechanism of MPO binding and interaction to ECM components, particularly proteoglycans (PGs) and its associated glycosaminoglycans (GAG) in the initial steps of inflammation.

Overview: We and others have shown that MPO binds to GAGs, whereby, we have previously demonstrated that perlecan binds MPO via its heparan sulfate (HS) side chains and that this enhances oxidative damage by MPO-derived oxidants including HOCl (18) This damage involved selective degradation of the perlecan protein core without detectable alteration of its HS side chains, despite the presence of reactive GlcNH2 residues residing within this GAG composition. Furthermore, Baldus et al. have shown that heparin (20 U/mL) inhibited binding of MPO to EC cultures and this phenomenon was also demonstrated when increased level of plasma MPO was detected in acute coronary syndrome after heparin administration (19), which suggests that heparin facilitated in the detachment of pre-immobilized MPO on the endothelial components of the vascular wall. These data suggest that PGs along with its GAG chains present in the vasculature bind and sequester MPO, resulting site-selective oxidation of surrounding ECM proteins, with subsequent effects on cell function and promotion of vascular injury. However, the exact mechanism and selectivity of interaction between MPO and heparin/HS is still unknown and this knowledge will be critical as the use heparin/PG specific GAGs may act as natural therapeutic agents and anti-oxidant species in sequestering MPO to minimise the damage to the vascular ECM by MPO-derived inflammatory oxidants during chronic inflammatory events.

Project 4: Investigate the mechanism and effectiveness of novel selenium compounds as an anti-oxidant to protect arterial ECM components and cells from oxidative damage.

Overview: Selenium is an essential element that plays a key role in antioxidant and repair of proteins (e.g. glutathione peroxidases and thioredoxin reductases). Selenium-containing compounds can also directly scavenge oxidants. We have previously demonstrated that the novel selenium compound 2-phenyl-3-(phenylselanyl)imidazo[1,2a]pyridine protected purified fibronectin, laminin-111, perlecan and the native HCAEC-ECM against damage by ONOOH (20). However, it is not known whether the functional properties of the ECM are also protected, and whether this selenium compound also scavenges MPO-generated HOCl, and via what mechanism. This data will determine the effectiveness of the selenium compound’s anti-oxidant activity. In addition, the effects of selenium compounds on untreated or HOCl-treated murine aortic rings will be conducted to determine the anti-oxidant ability of the selenium compounds on aortic SMC relaxation and contraction in vivo. This will be investigated by myography and data from this study will be critical to determine the potential of this selenium compound as an antioxidant at a clinical level.