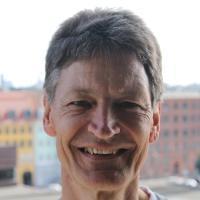 Professor Mandrup-Poulsen is a physician scientist, board certified in internal medicine and endocrinology, who serves as Professor of Medical Research Methodology at the University of Copenhagen and adjunct professor in Immuno-diabetology at the Karolinska Institute in Stockholm. His research focuses on understanding inflammatory and oxidative beta-cell death leading to diabetes, and his discovery that proinflammatory cytokines cause beta-cell functional failure and destruction qualified him for the 1994 Oskar Minkowski prize of the European Association for the Study of Diabetes. He has been leading PI or co-PI of EU and JDRF (USA) grants, three international multicenter clinical studies and had leadership roles in the data safety monitoring board/advisory boards in two international multicenter clinical studies. His group currently consists of 10 academics.